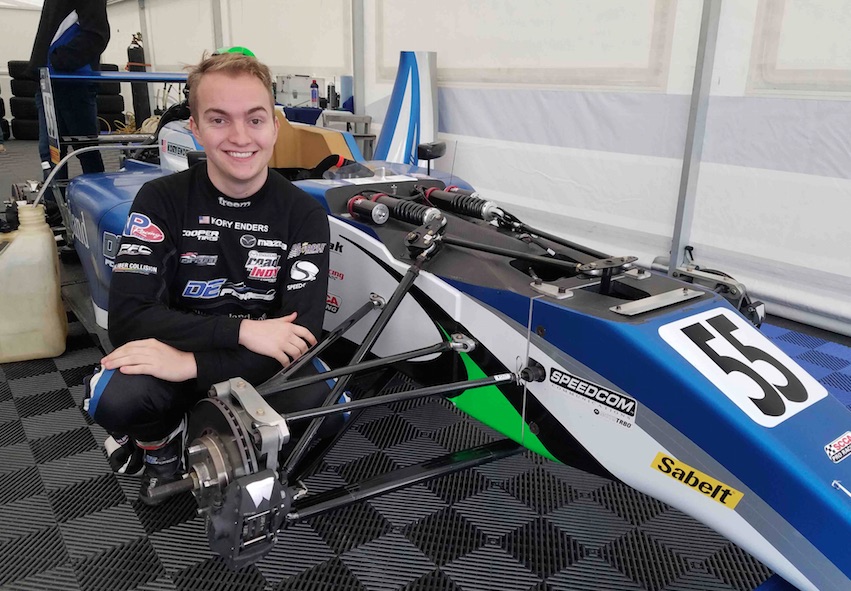 Austin, Texas – October 19, 2018 – Kory Enders will join DEForce Racing at Circuit of The Americas for the Formula 4 United States Championship Powered by Honda season finale in support of the 18th round of the Formula One World Championship.

Enders re-joins the team of DEForce Racing after the closing of the 2018 Cooper Tires USF2000 Championship Powered by Mazda in September. The last time the American appeared in Formula 4 was in the Mexican Formula 4 NACAM Championship earlier this year where he won the pole and all three races in the final round of the season. With wet weather plaguing the Austin metro area, Enders will be put to the test with the hope of repeating the success he saw in Mexico.

The DEForce crew will have the American’s #55 Ligier F4 racing machine prepared for the first two track sessions on Friday; practice one at 11:55 a.m. and qualifying at 4:00 p.m. CST. Ender’s will have two chances to stand upon the podium with the first on Saturday at 5:30 p.m. and the second on Sunday at 10:15 a.m. For the full schedule and more details go to https://www.f4uschampionship.com/events/1990742-circuit-of-the-americas-f1-usgp

“I’m super excited to be here at Circuit of The Americas this weekend. It’s always fun to race alongside Formula One and especially since I have two back-to-back weekends with them here, and next weekend in Mexico. Obviously, we have come damp conditions here, but we are looking forward to the race and trying to drive through it.”